A downloadable game for Windows

An asymmetrical multiplayer game where one player must hunt down other players using only audio. Made during my second semester of my Game Design Course.

The hunter is given a controller & the pair of headphones and must play without looking at the screen until the end of the game/round. Your objective as the hunter is to hunt down and kill all 3 prey before they can deposit three bells at the center tower. If a player playing prey makes it to the center tower while carringing a bell, the tower will chime to let you know they have scored a point.  Aim yourself at prey by using the sound of your surroundings; such as footsteps or the sounds of the bell being carried to get closer to the prey. Throw spears to break glass, or to kill prey. The hunter wins when all three prey have been killed.

Each prey is given a controller and is allowed to look at the screen during the duration of the game/round. Your objective as prey is to work together to deliver bells to the center tower before all three of you are killed by the hunter. At the start of the round, a bell will be randomly dropped around the edge of the arena. Grab the bell by touching it and deliver it to the center tower while minimizing the sound you make & avoiding the hunter. Prey can feel how much sound their footsteps make by the intensity of the rumble in their controllers. Prey can throw the bell but must walk it into the tower's barrier to score a point. Once a point is scored, another bell is dropped into the arena. Prey can also throw rocks to deceive the hunter by making false footsteps, breaking glass or to knock the bell into a more favourable position. The prey win when three bells are delivered to the center tower.

Made with these fine people:

Myself: Programming, Audio (Audio sourced from freesound.org and source engine) 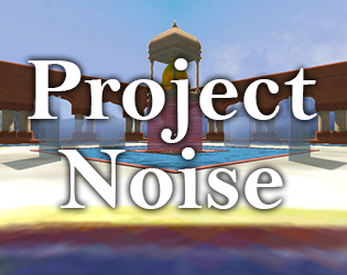